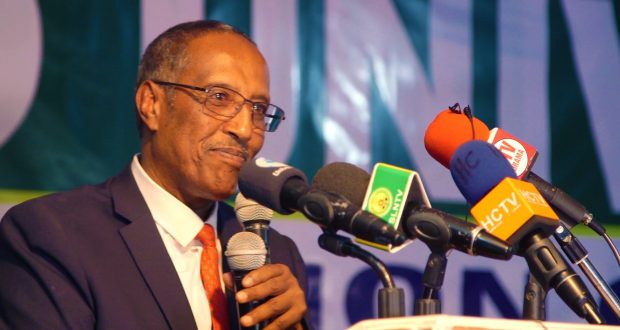 Fifteen leading human rights organisations that seek to promote freedom of expression rights in Africa have called on the President to Somaliland, a self-declared state in Somalia to put an end to the recent crackdown on press freedom rights in the country.

Over the past three months, a total of five journalists were arrested and two privately-owned TV stations were closed down for covering ongoing territorial disputes between Somaliland and Puntland, an autonomous state in Somalia.

In a petition sent to President Muse Bihi Abdi, on June 6, 2018, the petitioners called on the head of state to safeguard the freedom of expression and freedom of assembly rights of journalists and individuals in the country.

Several activists and individuals have also been arrested and detained or even sentenced to prison terms of up to three years for criticising the government on social media platforms.

The petitioners expressed deep concern about the recent attacks against journalists and individuals by Somaliland authorities, which they believed are aimed at silencing criticism, public protests and to suppress dissemination of information about the territorial conflict.

The groups also urged the President to intervene to ensure that citizens’ rights to freedom of expression and human rights are respected by authorities in the country.

Kindly read the full petition delivered to the President of Somaliland below or click here to download:

President of the Federal Republic of Somaliland

Office of the President

We the undersigned organisations write to express deep concerns about the recent crackdown on freedom of expression and freedom of peaceful assembly rights in Somaliland.

We write to denounce the increasing attacks and harassment on media organisations, journalists, activists and individuals within the last three months.

On June 4, 2018, police arrested Mukhtar Abdi Jama, journalist working with Somnews TV in Las Anod district, Sool region, upon the orders of the regional governor of Somaliland, Abdi Khayre Dirir. Although no official reason was given for Jama’s arrest, our investigations show that his incarceration is as a result of the airing of a press conference held by local leaders in the Taleh district about the conflict in Tukaraq, a disputed area between Puntland and Somaliland.

On May 29, 2018, Somaliland Ministry of Information and Public Awareness banned two privately owned stations, SBS TV and SOM News TV in the Sool region for covering the conflict between Puntland and Somaliland. Authorities accused the two stations of promoting political campaign against Somaliland and breaching journalistic ethics.

A day before the closure of the stations, a journalist working with SBS TV, Mohamed Ahmed Jama Bidhanshe was arrested by security forces. Another reporter, Abdirahman Keyse Tungub, from Bulsho TV covering similar protests was previously arrested on May 27, 2018 by police in the same town (Las Anod). The two journalists were covering territorial dispute between Somalialnd and Puntland, a semi-autonomous region in north-eastern Somalia. Both Bidhanshe and Tungub were released on May 31, 2018 without any charges following the intervention of the Somaliland Journalists Association (SOLJA).

In addition to the above-mentioned attacks, Somaliland police in a related development arrested over 40 protesters during demonstrations in Las Anod. The protesters were demanding the reunification of Somaliland with the Federal government based in Mogadishu.  Sadly, according to media reports, Abdirisak Mohamed Farah, police commander for Somaliland’s Sool region justified the arrests and further threatened to arrest more persons.

“We arrested 47 demonstrators including women and youth who were misled,” Farah said at a news conference in Las Anod.

“There are two reporters in jail for creating chaos. We are looking for others and shall arrest them.”

AFEX finds the police commander’s remarks as a clear attempt by authorities to repress freedom of expression rights of citizens.

According to our sources, four journalists who have been living and working in Las Anod have already fled to Garowe city, capital of Puntland, after they were threatened by Somaliland authorities for “fomenting violence” and “misinforming the public”.

These attacks have serious repercussions on the enjoyment of free speech as this could force journalists and individuals into self-censorship to avoid being harassed.

Other violations we will like to bring to your attention were recorded within April and May this year:

On May 14, 2018 police upon the orders of the regional governor of Sool, Abdi Hayre Dirir, arrested freelance journalist, Adam Jama Oogle aka Habeb following comments he made on Facebook in which he called for the reunification of Somaliland and Somalia. He was released after being held for over a week without charge.

Oogle is not the only person that has suffered attacks from the country’s authorities for exercising his fundamental right to freedom of expression online. In two separate incidents that happened in April 2018, a provincial court in Hargeisa sentenced Naima Ahmed, an activist and poet and Mohamed Kayse, a civilian to three years and 18 months in jail respectively for Facebook comments deemed libelous by the authorities. The prosecutions were carried out under Somalia’s very old penal code.

Naima Ahmed was however granted presidential pardon and released on May 7, 2018 after her family petitioned you, your Excellency.

Mr President, we find it very worrying that citizens risk being sentenced to jail for exercising their fundamental rights to free expression and assembly which is enshrined in the Somaliland’s constitution as well as African and international frameworks

We do note with satisfaction and gratitude that some of the arrested journalists and activists in Somaliland have been freed.  Nonetheless, we believe that no one should go behind bars for exercising their fundamental rights to expression and assembly.

We do recognise their release as proof of your commitment to upholding press freedom, freedom of expression and human rights in Somaliland. We are therefore calling on you to extend a similar gesture of compassion to all journalists, activists and individuals who are being held by security agents in Somaliland for exercising their fundamental rights to freedom of expression and assembly.

We call upon you to also order the reopening of SBS TV and SOM News TV stations. The closure of the two stations and arbitrary arrest of journalists is an affront to free expression and will deprive citizens of their fundamental rights to access information.

We are confident that your office will take note of our concerns and recommendations towards improving the freedom of expression and human rights environment both online and offline in Somaliland.

Institute for Media and Society, Nigeria

This campaign is led by the African Freedom of Expression Exchange (AFEX), a continental network of the most prominent freedom of expression and media rights organisations in Africa that are also members of the Toronto-based, IFEX, the global network of free expression organisations. The network is currently made up of 13 member organisations based in West, East, Central and Southern Africa. Visit www.africafex.org for more.