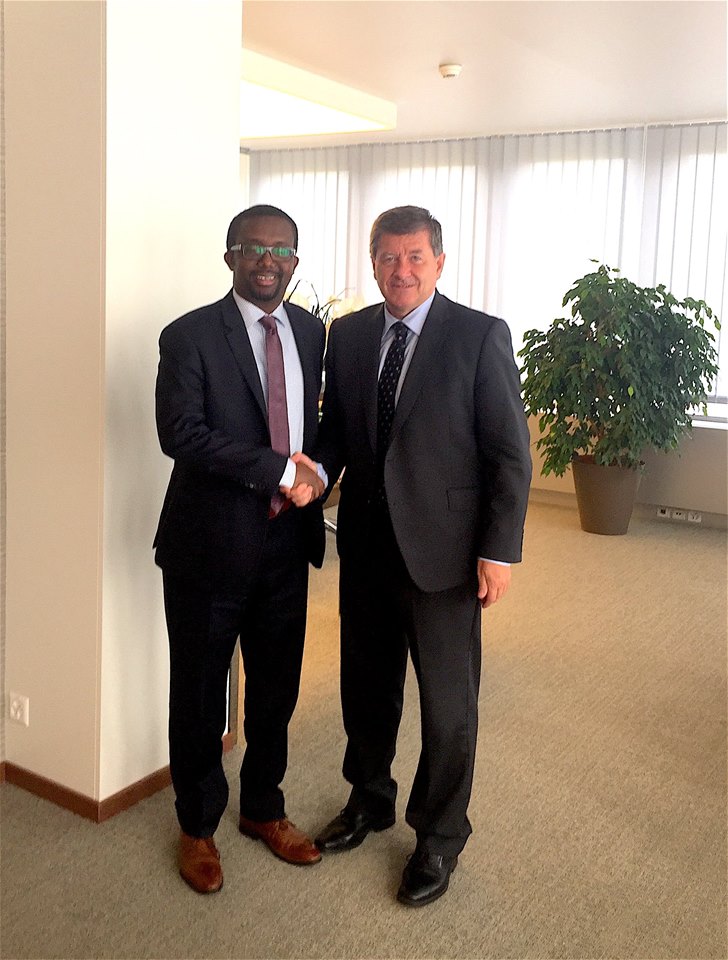 This statement was originally published on www.nusoj.org on 18 September, 2016.

Alarming report by the UN Secretary General shows that intimidation and reprisals against civil society representatives seeking to cooperate with the UN to promote and protect human rights are worsening, with the UN Secretary-General calling on Governments, the UN Human Rights Council and the UN as a whole to adopt urgent measures to prevent and promote accountability for such attacks.

Presented to the UN Human Rights Council’s ongoing 33rd session on 16 September 2016, one of the prominent cases stated in the UN Secretary General report is the reprisal whose perpetrator is the Federal Government of Somalia against Secretary General of NUSOJ Omar Faruk Osman for his cooperation with the UN Human Rights system, particularly the International Labour Organization (ILO).

Somali government’s act of reprisal which is cited in the UN Secretary General report states:

“27. On 3 May 2016, a group of mandate holders raised allegations of reprisals against Omar Faruk Osman, Secretary General of the Federation of Somali Trade Unions and of the National Union of Somali Journalists, for his cooperation with ILO (see A/HRC/33/32, SOM 2/2016). On 23 April 2016, Mr. Osman had been summoned to the Office of the Attorney General where he was informed that, on 29 February 2016, the Attorney General had submitted a complaint against him to the National Prosecutor General. The Attorney General had asked the Prosecutor to bring a criminal case against Mr. Osman for, inter alia, harming relations between the Government and the international organizations and spreading issues that would harm the reputation of the Government, and to prevent Mr. Osman from travelling and confiscating his passport for the duration of the investigation. It is alleged that the request was directly linked to a letter sent by ILO to the Government of Somalia on 22 February 2016, as it was based on a complaint submitted to it by the above-mentioned unions. In its letter, ILO urged the Government to respect its international obligations regarding the rights to freedom of assembly and association (ibid.). At the time of finalization of the present report, no response had been received from the Government.”

According to the Secretary-General, “continuing intimidation and reprisals against individuals and groups who seek to cooperate, are cooperating or have cooperated with the United Nations, its representatives and mechanisms in the field of human rights remain of grave concern. Every such act chips away a small piece of the work accomplished by the United Nations in the field of human rights. Such acts not only devastate the lives of the individuals concerned, and their families, but also have a deterrent effect that may undermine future cooperation.”

“The cases included in the present and in previous reports show that acts of intimidation and reprisal continue to range from harassment, intimidation, arbitrary arrest and detention, including incommunicado and solitary confinement, travel bans, charges and sentencing, sometimes to lengthy prison terms, acts of torture and other forms of cruel, inhuman or degrading treatment, including physical attacks and sexual abuse, denial of access to medical attention in detention, to, in extreme cases, death,” added the report.

Commenting on behalf of NUSOJ, Abdirisak Omar Ismail, President of Supreme Council of NUSOJ said: The cases documented in this new report, including Somalia case, are truly disturbing. This report exposes the horrific human cost of cooperating with the UN and its human rights system. We welcome the increased attention devoted to reprisals suffered by our union and its Secretary General Omar Faruk Osman. The primary responsibility to prevent and redress reprisals lies with the Federal Government of Somalia. Clearly Somali government is perpetrators of this reprisal. In this regard we strongly support the UN Secretary-General’s calls for States to refrain from, prevent, investigate and ensure accountability for cases of intimidation and reprisal”.

On 15 September 2016, ILO Director General Guy Ryder received at his office the Secretary General of NUSOJ Omar Faruk Osman, and discussed the increased violations of the right to freedom of association and trade union rights in Somalia. ILO boss has reassured its commitment to promote and protect human and trade union rights in Somalia despite the difficult and dangerous environment in which they operate.