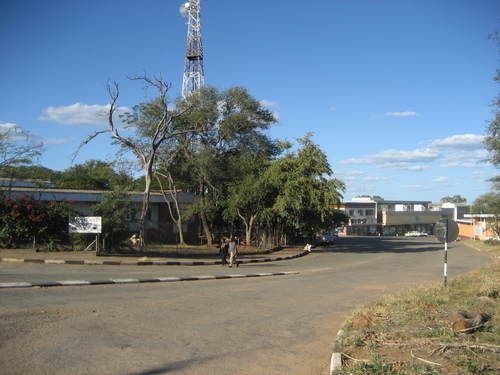 This staement was originally published on zimbawe.misa.org on March 22, 2018.

Four journalists were today assaulted outside the Chiredzi Magistrates Court at the end of Mr Andrew Takashinga Bere’s bail hearing. Bere is accused of defrauding United States of America taxpayer funds amounting to USD 7 million dollars during his stay in the country.

The four journalists harassed are Godfrey Mtimba a freelance journalist, Mr Patrick Chitongo of Chiredzi’s Flame newspaper, Mr Morris Bishi of the Masvingo Mirror, and Mr Tawanda Mangoma with Zimpapers in Chiredzi. The journalists were assaulted when they attempted to take pictures of Mr Bere as he was led out of court.

Members of the Zimbabwe Prison Services (‘ZPS’) who were attending to Bere also verbally threatened the journalists. The ZPS officers stated that the journalists had no right to take pictures of the accused without prior authority to do so from the State. The journalists lodged a formal report of assault at the Chiredzi Police, RRB No.3479828.

MISA Zimbabwe reiterates its position that media freedom, freedom of expression and access to information are the cornerstones of the practice of journalism. These rights are constitutionally guaranteed and must be respected.

MISA Zimbabwe is disappointed by the actions allegedly carried out by the ZPS officers who also attempted to bar the journalists from doing their work. Court matters are of public interest, this is why they are held in open court. Members of the public are reminded to approach the Voluntary Media Council of Zimbabwe with complaints on the content published in the media instead of assaulting or hindering journalists from doing their job.