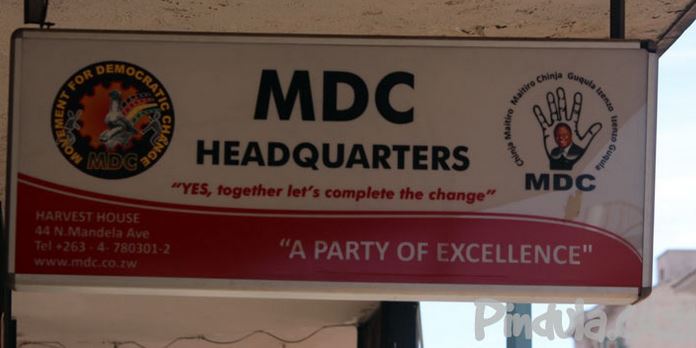 The African Freedom of Expression Exchange (AFEX) joins its member, MISA-Zimbabwe to denounce the recent attacks on journalists in Zimbabwe by supporters and leaders of the country’s main opposition party, Movement for Democratic Change-Tsvangirai (MDC-T).

Supporters of the party have been perpetrating attacks on journalists carrying out their duty in the country.

On March 21, 2018, two provincial leaders of the party stormed the premises of the Tellzim newspaper in Masvingo and verbally assaulted and threatened journalists and staff working with the newspaper.

According to AFEX member, MISA-Zimbabwe, the action of Murangamwa Chanyau and Peter Chigaba, the party’s district chairperson and provincial administrator respectively, followed a story published by TellZim Newspaper on March 15, 2018. The said publication allegedly set out details of how the MDC-T in Masvingo province was planning to oust all sitting councillors. The visibly angry MDC-T officials accused the publication of being bribed by the ruling party, Zimbabwe African National Union – Patriotic Front (ZANU–PF) to fight MDC-T. Chanyau and Chigaba also alleged that the paper  supported former MDC-T legislator for Masvingo Urban, Tongai Matutu. They also threatened the paper to reveal the source of the publication.

In another worrying incident, rowdy supporters of the MDC-T reportedly stoned journalists who were covering the party’s rally on March 18, 2018 in Gweru, administrative capital of Midlands province in Zimbabwe.

The African Freedom of Expression Exchange (AFEX) is concerned that these attacks are happening a few weeks after the leader of the MDC-T, Nelson Chamisa said his party is committed to ensuring the safety and security of journalists at all times.

Chamisa made these remarks on March 8, 2018 during a meeting in Harare with MISA Zimbabwe Trustees Cris Chinaka and Davision Maruziva and National Governing Council Vice Chairperson Rutendo Mawere, where MISA Zimbabwe expressed concern about the recent harassments of journalists at the party’s headquarters.  He also assured the MISA that his party’s headquarters was opened to all journalists or individuals and urged them to feel safe and secure whenever they visit the Harvest House.

Youths of the party on March 1, 2018, harassed a senior journalist, Zvamaida Murwira working with the Herald newspaper and a freelance journalist, Anna Chibamu, during a press conference held at Harvest House to confirm Nelson Chamisa as the party’s president.

In a separate incident, family members of one Andrew Takashinga Bere who appeared for a bail hearing at the Chiredzi Magistrates Court assaulted four journalists who were covering the court proceedings. Bere is accused of defrauding the United States of America taxpayer funds amounting to USD 7 million dollars during his stay in the country.

AFEX calls upon the leadership of the MDC-T to demonstrate in practice the party’s commitment to protecting journalists’ safety and safeguarding freedom of expression rights.

AFEX joins MISA-Zimbabwe to condemn the recent attacks on journalists and the media fraternity in the country. These attacks are clearly intended to gag the media, thereby preventing it from carrying out its watchdog role. The media has a central role to play in promoting development and must therefore be allowed to work independently without any form of interference.

Additionally, as Zimbabwe goes to the polls this year (2018), AFEX urges authorities in the country to ensure that journalists and media practitioners are protected to carry out their duty in a free and safe environment. Zimbabwe’s authorities must also ensure that all attacks on journalists are investigated and the perpetrators brought to book.