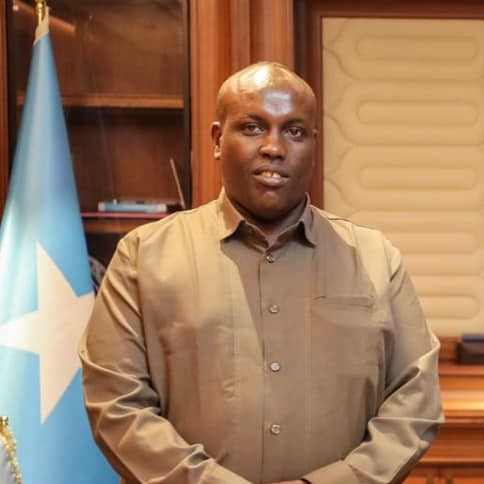 The African Freedom of Expression Exchange (AFEX) has learned with dismay, the killing of Abdiaziz Mohamed Guled of Radio Mogadishu in a suicide attack in the Somali capital. AFEX condemns the barbaric attack, which also injured two others, one of them a journalist, and demands a thorough investigation leading to the prosecution of the masterminds of this heinous crime.

It is public knowledge that the press and freedom of expression environment in Somalia have been strained by protracted conflicts. The country is lowly ranked in all press freedom indexes and is considered the most dangerous country for media personnel.

On November 20, Abdiaziz Mohamed Guled, a journalist and director of the public radio station, Radio Mogadishu, was killed in a vehicle that was targeted by a suicide bomber. The two others were Sharmake Mohamed Warsame, the director of Somali National TV and Abdukadir Abdullahi Nur, their driver.

The killing of Guled adds to a string of deadly attacks on journalists.  Six journalists were killed in 2019, and more than 50 since 2010, according to RSF.

AFEX’s records also indicate that as of November in 2021, at least twelve journalists have been killed in Africa, North Africa excluded.

In November, this number hits thirteen, including the killing of Murtala Mohamed on November 6, 2021. Mohamed was a journalist working for FAD FM, in Nigeria, and recently Guled in Somalia.

According to media sources, Guled is considered a brave man, and he is known for his frank and severe critic of the jihadist terrorist group that is present in East Africa and Yemen.

“He [Guled] always shone a big light on al-Shabab, may God rest his soul,” said one of the survivors of the attack, Nur Abdullahi.

The attack that killed Guled and injured his colleague Warsame, and several other people, was claimed by the terrorist group Al-Shabab.

According to Al-Jazeera’s report, “the mujahideen had been hunting Abdiaziz for a long time. He committed crimes against Islam, he was involved in the killing of mujahideen,” said Abdiasis Abu Musab, Al-Shabab military operation spokesperson, in a telephone interview with Reuters.

Journalists working in conflict zones, and volatile security environments on the continent have increasingly come under attack.

In April, two Spanish journalists, David Beriain and Roberto Fraile were killed when their convoy in the company of soldiers was attacked in the northern part of Burkina Faso by a terrorist group.

In Mali, Olivier Dubois, a freelance journalist that worked with several international media houses, was abducted by the terrorist group, Groupe de soutien à l’Islam et aux musulmans (GSIM), a local branch of al-Qaeda. He was kidnapped in Gao on April 8, 2021, while trying to get in touch with Iyad Ag Ghali, a Tuareg warlord turned Malian jihadist leader.

In other parts of the continent, in countries like the Democratic Republic of Congo, Central African Republic, in the northern anglophone zone, part of Cameroon that is entangled in a secessionist conflict, the work of journalists is highly in danger.

Journalists are risking their life, striving to bring information to the public, and shed light on the abuse of human rights. Their life must be spared and protected, their safety and security must be of concern to public leaders, as well as parties in conflicts.

According to International humanitarian law, journalists working in armed conflicts zones should be protected as well as civilians. Therefore, attacks on journalists and the killing of Abdiaziz Mohamed Guled, and several others represent a grave violation of humanitarian law, press freedom, and freedom of expression.

AFEX, therefore calls on the Somalia authorities, to investigate the attack of the killing of Guled, and to bring the perpetrators of this violence before the rigor of the law.