A few hours after the President addressed the nation, the Environmental Protection Agency (EPA) came out with a rebuttal, stating that its Executive Director never evaded any preventive health protocols at the Roberts International Airport and that the information as provided was a fake news.

The EPA boss, himself in a two-minute audio recording in which he appeared to be talking with friends, said he did not by-pass any health procedures but has been doing just as the doctors have been saying. He added that more damage has been done by the misinformation that he refused to be quarantined.

“I did not do anything out of protocols. I talked to the doctors and they advised that since I was okay I should not create panic and that I should drive myself to the hospital and the ambulance was going to be behind me. And we did just that. So why are you guys panicking? Talk to Dr. Francis Kateh, talk to Dr. Mosoka Fallah. That’s what we agreed upon,” said Mr Blama.

These events created doubts that eventually ushered in the beginning of the spread of misinformation, disinformation which has up to now characterized the fight of COVID-19 in Liberia.

This messy information mismanagement even spread panic and disbeliefs on radio and across social media that “COVID-19 Does Not Exist” or “There is No Coronavirus in Liberia”.

Citizens went on to even accuse the government of attempting to solicit money from the international community and foreign nations by announcing that the country had reported the first case of COVID-19. Many citizens who called into radio talk shows denounced the existence of the virus in Liberia.

One major event that fueled the ”COVID-19 Does Not Exist” notion was the relative short period of time it took Information Minister Eugene Nagbe whom the government said was positive to recover from the virus, even though he appeared to be in good health during live interviews he conducted from his treatment bed.

It took many by surprise that given the severity of the virus in US, Italy and other powerful nations, Minister Nagbe, who was last seen in public, April 23, 2020, sitting behind President Weah during the President’s virtual extraordinary session of the Authority of ECOWAS Heads of State, focusing on the impact of COVID-19 on member states recovered in less than a week.

Nathaniel Blama and others who were confirmed positive earlier spent nearly a month at the same 14 Military Hospital undergoing treatment.

As the country prepared for a surge in cases, misleading information like the false claim that inhaling steam is an effective treatment against coronavirus also spread.

On May 14, a Facebook user posted on the popular “Costa Show” page that “Consuming High Content Alcohol protects against COVID-19, “COVID-19 does not infect Black People.”

In May, the local radio Kool FM reported an unverified story that the President of Liberia had tested positive for coronavirus. This news angered the government and met stiff resistance with the Solicitor General and chief government prosecutor threatening to shut down any radio or newspaper that reported fake news on COVID-19.

Sky FM reported a story on July 20, six days to the celebration of Liberia’s independence that a prayer woman it granted an interview disclosed that about a half of the country’s population would have died from COVID-19 if Liberian authorities did not “cancel any planned July 26 celebration in Monrovia and across the country.”

‘Prayer Mother Martha’, as she is only identified as, said further that the global COVID-19 pandemic is a divine punishment from God for the many sins committed “against his will”.

The government’s testing of dead bodies additionally created a whole new round of misinformation and media reports. The New Dawn Newspaper published a story on July 10, in which it stated that “testing of bodies could be increasing the number of COVID-19 deaths as many of the bodies tested didn’t actually die from the virus.”

Said Dr. Nyan: “regime for COVID-19 is completely inaccurate and there needs to be an investigation into the wrong testing results repeatedly produced by the National Public Health Reference Lab for patients or people tested for SARS-CoV-2 which causes the COVID-19 disease.”

On July 10, 2020, a controversy arose over a contradictory COVID-19 test result given to Professor Alaric Tokpa, the National Chairman of the National Democratic Coalition of Liberia who was due to travel to the United States, but banned from traveling due to the faulty testing results.

Professor Tokpa took a COVID-19 test at the National Public Health Reference Lab and was given an official “negative” result signed by the Director of the Public Health Institute of Liberia Dr. Mosoka Fallah. Later the same day, Professor Tokpa received a text from Dr. Fallah with a “POSITIVE” result followed by a telephone call with the same “POSITIVE” result from Dr. Wapoe, the Montserrado County Health Officer, explained Dr. Nyan to the journalist group, Local Voices-Around the Country.

In Buchanan, Grand Bassa County, Ablejay TV on August 13, reported that the superintendent Janjay Baikpeh had ordered residents to “begin consumption of Garlic water” as a guaranteed treatment for Novel Coronavirus. The County health team of Grand Bassa later reacted to this news story-saying it did not have the backing of science and medicine that garlic water is an effective cure for COVID-19. The superintendent later took back his words saying “I was just ensuring protection for my people”

On September 4, 2020, President George Weah had to “dismiss with immediate effect Dr. Mosoka Fallah, the Director-General of the National Public Health Institute of Liberia (NPHIL) following an investigative report into his management of NPHIL and the continuous contradictory COVID-19 reports”.

COVID-19 Fake News and its Impact on Journalism

Many African governments have suffered setbacks in the fight against COVID-19 as the millions of citizens continue to doubt the existence and excusing officials of plotting to extort money from foreign donors.

The outpouring of funds and supplies from foreign nations, philanthropists and international partners, many Liberians have suggested presents new opportunities for corruption and misuse of public funds.

It became a difficult time to be a journalist anywhere in Liberia, and with no exception taking into account, accuracy, and safety and heightening security measures that accompanied three months of lockdown.

To inform the public during these uncertain times, newsrooms across the country have had to be extremely careful in making pandemic coverage a priority. But in Liberia, the ever-changing and mostly unverified nature of COVID-19 news and data being released often left journalists and researchers with serious challenges in providing accurate information to the public.

In an effort to combat the spread of fake news, the government setup a risk communication team within the incidence management system to help propagate information, train and coordinate with journalists.

The Center for Media Studies and Peace Building (CEMESP) is also implementing a series of radio talk shows to raise awareness on the threat of fake news and misinformation. The project includes daily review of newspapers, picking up details from stories misinformation regarding COVID-19.

CEMESP then sends the details to a studio where public health experts and relevant duty bearers from the Government of Liberia’s COVID-19 Incident Management System come to address them and debunk any false information and provide accurate news. This is going a long way to curb COVID-19 misinformation in Liberia. 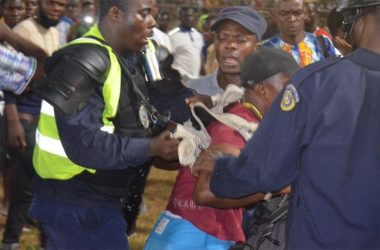 Eight Liberian Journalists Abused in Separate Incidents in One Month