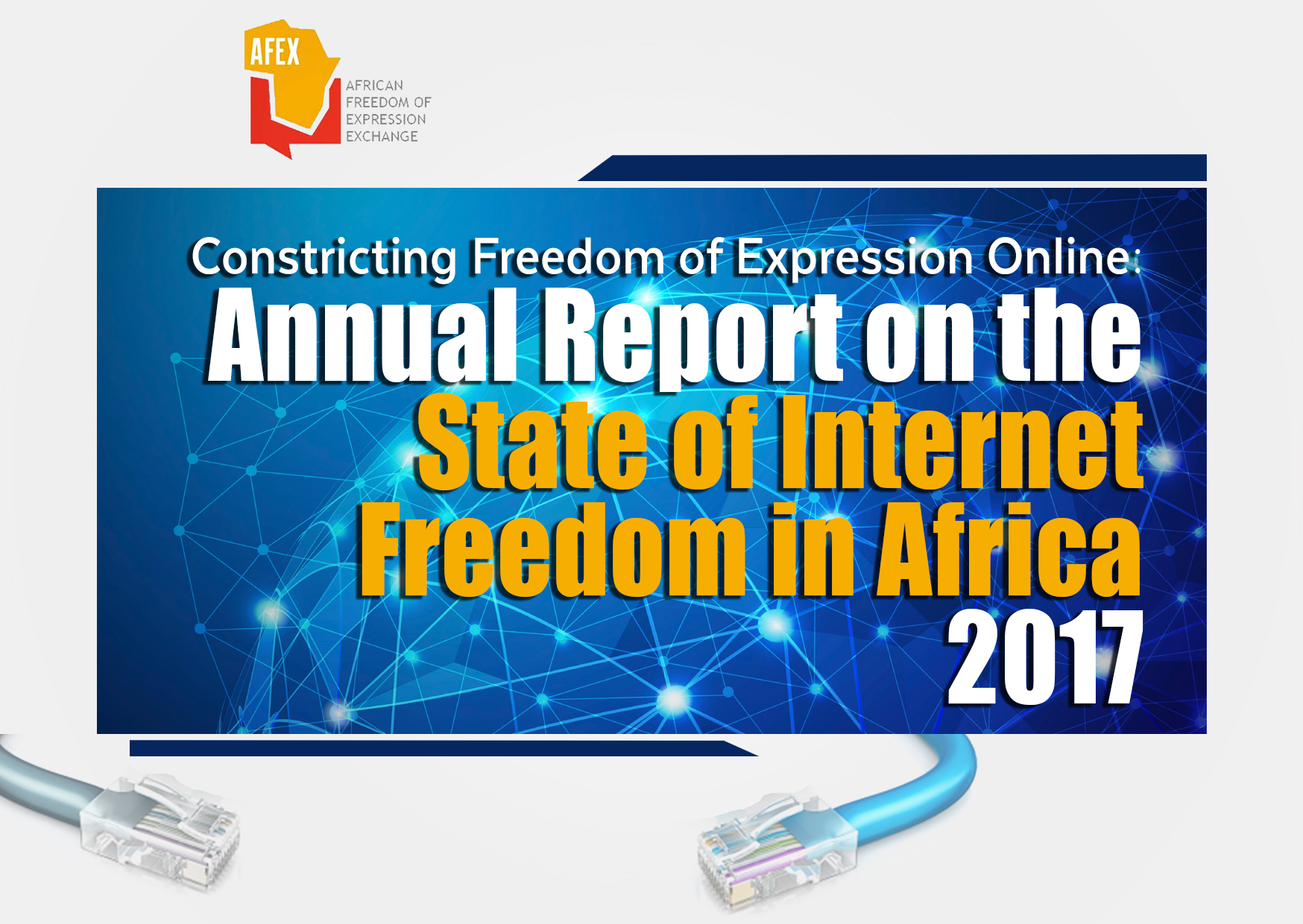 The Annual Report on the State of Internet Freedom in Africa 2017  tracks Internet/digital rights related incidents and developments recorded in 12 African countries in 2017. The findings of the report show that governments in Africa are increasingly adopting laws, policies and practices aimed at restricting freedoms in Africa’s cyberspace.

Journalists, bloggers, human rights defenders, political and social activists and ordinary citizens were the targets of abuses/violations such as arbitrary arrests and detentions, physical and verbal assaults, prison terms and fines for exercising their rights online. A total of 36 incidents in which online expression was penalised were recorded.

Nine incidents of Internet blackout was recorded in seven countries with some experiencing multiple shutdowns.

Security agents, ruling and opposition politicians, media regulatory bodies and individuals were the perpetrators of the majority of violations recorded.

The report produced by the African Freedom of Expression Exchange (AFEX) forms part of the network’s advocacy efforts to counter the numerous threats to the exercise of Internet freedom and rights in Africa.

Kindly click here to download a copy of the Annual Report on the State of Internet Freedom in Africa 2017.