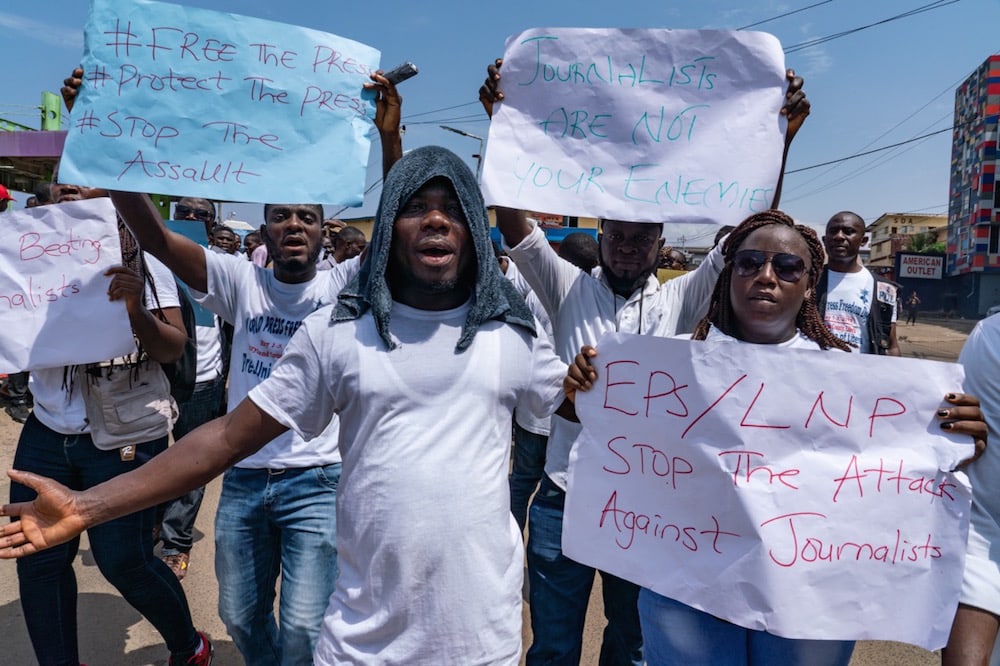 Scores of journalists have marched through the Liberian capital Monrovia to denounce “brutal attacks” against journalists and media workers.

The march organized by the Press Union (PUL) of Liberia saw diplomatic missions including the US Embassy, the European Union, and the British Embassy, all petitioning to end the current wave of violence against journalists.

Led by executives of the Press Union of Liberia including its President Charles Cuffey, the journalists marched through the principal streets of Monrovia and also implored the Liberian National Legislature, the UN Resident Coordinator in Liberia and the office of the regional Economic block ECOWAS, urging all to take urgent steps aimed at improving the safety of journalists in Liberia.

In the PUL petition, the Liberian media said: “since the foundation of the Union, there continue to be attacks, [cases of] detention, intimidation, and suppression of the media and media workers with several colleagues losing their lives to tyrannical and brutal security officers with impunity”.

The statement also mentioned that in January 2020, journalist Zenu K. Miller complained of being whipped by some officers of the Executive Protection Service while trying to leave the Samuel Kanyon Doe Sports Complex where he commentated for Okay FM during the finals of the National County Sports Meet – and that the government of Liberia failed to launch an investigation into his flogging long before he died at the local hospital in Paynesville.

In March 2019, the petition said, freelance Journalist Kolubah Akoi was arrested and incarcerated by the Liberia National Police’s Criminal Investigation Unit in Voinjama, Lofa County, in the north of Liberia. The journalist Akoi was charged with criminal malevolence, criminal solicitation and publication of classified sensitive financial documents about the Lofa Community College.

The union among several counts also said that while it was planning the march to call on the government and its partners’ attention to increased brutality against the media, journalist James K. Kadi of the New Newspaper was on Wednesday, March 11, 2020, seriously wounded after being attacked by an officer of the Liberia National Police while en route to central Monrovia on a commercial vehicle.

The union said it considers these attacks, detentions, intimidations, and brutality against media personnel as “deliberate attempts to force journalists into self-censorship and deny the public of credible, balanced and accurate reports of the operations of the government”.

Diplomatic missions in Monrovia welcomed the petitioners’ request and promised to work with stakeholders to address the situation.

Liberia’s Minister of State for Presidential Affairs Nathaniel F. Mcgill, receiving one of the petitions on behalf of President George M. Weah, committed that security forces will not be allowed to beat journalists.

He said the government of Liberia will set up a committee to probe the accusations of brutality against the media. 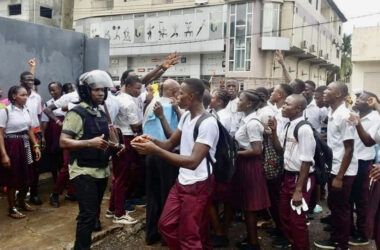