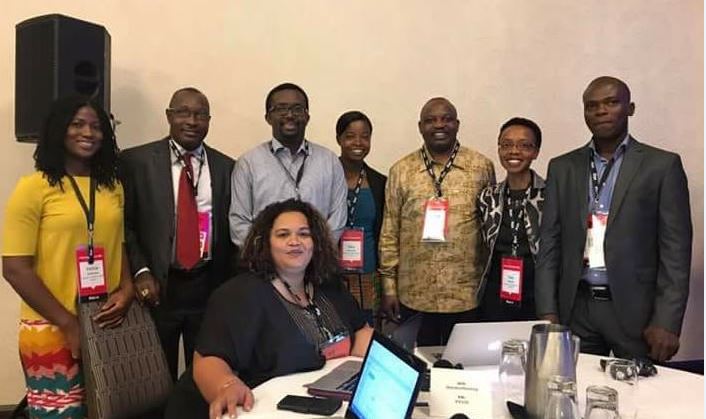 The African Freedom of Expression Exchange (AFEX), a network of African freedom of expression groups, has expressed serious concerns about the increased incidents of attacks against journalists, media practitioners and free expression advocates on the continent, and urged governments in the region to step up efforts to safeguard free speech online and offline.

Members of AFEX lamented the deteriorating freedom of expression situation in Africa at the network’s 5th Annual General Meeting which was held in Montreal, Canada, on June 16, 2017, on the sidelines of the IFEX Strategy Conference and General Meeting. .

AFEX deplored the increasing incidents of killings, physical attacks, arbitrary arrests and detentions, threats and harassment of journalists, media professionals and activists in Africa as a threat towards the enjoyment of free expression and the ultimate development of the continent. In particular, it condemned the abuse of public power and legal provisions by highly connected state and non-state actors to muzzle freedom of expression and stifle critical journalism for narrow personal and political gains.

The Network noted that sadly, most of these violations perpetrated against journalists and activists are left unpunished due to the deep-seated culture of impunity and entitlement in the continent. In the past three years, several journalists have been killed with total impunity, a development which has had a chilling effect on the enjoyment of freedom of expression rights by African citizens. The killing of journalists is the surest way of silencing dissent or even intimidating journalists into self-censorship, thus further emboldening perpetrators of these heinous crimes to recommit such violent acts.

It re-stated its “strong condemnation of all acts of violence meted to journalists and freedom of expression advocates in the region” and called on “governments in Africa to commit to ensuring that journalists carry out their legitimate duties freely without any intimidation whatsoever.”

AFEX also condemned the use of “spurious charges” against journalists by state or non-state actors to counter dissent, which undermines and weakens democracy.

The Network therefore called for the abolition of all criminal defamation laws and the decriminalisation of press offenses by African countries that are yet to do so.

It also expressed alarm over the increasing threats to freedom of expression online, including the practice of content filtering, restrictive cybercrime laws and even internet shutdowns. Accordingly, AFEX called on governments in Africa to respect their citizens’ right to share and access information through the Internet.

On efforts being made at both regional and international level to promote freedom of expression rights both offline and online, AFEX welcomed the joint commitment by the African Union (AU) and the European Union (EU) – at the 12th African Union (AU) – European Union (EU) Human Rights Dialogue that took place on January 10, 2017 – to promote and protect freedom of expression and the right of access to information in the digital age.

It also applauded the fact that both EU and AU have welcomed the African Commission on Human and People’s Rights (ACHPR’s) Resolution on the Right to Freedom of Information and Expression on the Internet in Africa, while emphasizing that the same rights that people have offline must also be protected online.

AFEX urged governments in countries that are heading to the polls in 2017 and beyond, to ensure that journalists are free to cover the electoral process freely, adding that “attacks on journalists and suppression of freedom of expression rights during elections undermine the democratic tenets of any country.”

It gave its full support to the ongoing efforts by the Special Rapporteur on Freedom of Expression and Access to Information in Africa, Advocate Pansy Tlakula, to develop Guidelines on Access to Information and Elections in Africa, under the auspices of the African Commission on Human and People’s Rights, with a view to guaranteeing free and fair elections on the continent and the overall strengthening of democratic governance in Africa.

At the end of their meeting, AFEX members paid tribute to media personnel, civil society activists and human rights defenders who have been put behind bars unjustly or even killed for standing for cherished democratic values and fundamental human rights.

Regarding the growth of the network, AFEX welcomed the Freedom of Expression Institute (FXI) based in South Africa as a new member increasing AFEX membership from 12 to 13.

The meeting congratulated a member of the AFEX Steering Committee, Mr Gilbert Sendwugwa, Executive Director of the African Freedom of Information Centre (AFIC), on his election to serve on the IFEX Council for the next two years during the IFEX General Meeting.

AFEX is a continental network of some of the leading freedom of expression organisations across East, West, Central and Southern Africa that are members of the Toronto-based global network IFEX.