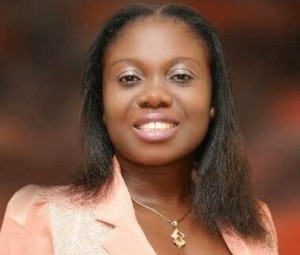 Lagos, Wednesday, May 6, 2020: Media Rights Agenda (MRA) today condemned Monday’s abduction of Ms Chinenye Iwuoha, a presenter with the Pacesetter FM station of the Federal Radio Corporation of Nigeria (FRCN) in Umuahia, Abia State, by gunmen and called on the Federal Government and its law enforcement agencies to take urgent action to ensure the safety of the journalist and secure her release.

Ms. Iwuoha was reportedly kidnapped by gunmen at about 7pm on May 4 on her way home from work. She was reported to have been traveling in a vehicle with the station’s general manager and the other employees when they were attacked by the gunmen who then abducted Ms Iwuoha. The gunmen are reported to have later made a ransom demand to the station for the payment of N20 million for the release of the presenter.

In a statement in Lagos, Mr Ayode Longe, MRA’s Director of Programmes, reminded the Federal Government that although it had a duty to ensure the security of all citizens, where media practitioners are concerned, it has a heightened responsibility to protect them as they are performing an essential function in the interest of the society as mandated by the Constitution.

Besides, Mr. Longe said, the Government also has an obligation under international instruments which it has voluntarily acceded to, to provide a safe and conducive environment for journalists and other media workers to carry out their work as well as to ensure their safety.

He noted that there has been a recent upsurge in attacks against journalists and other media workers in Nigeria by public office holders, law enforcement and security agents as well as non-state actors, saying that any failure on the part of the Government to act decisively in the case of Ms Iwuoha would likely embolden other groups and individuals who would thereby be tempted to think that they can get away with such attacks.

Mr. Longe asked the Government to ensure that perpetrators of the attack on Ms Iwouha are apprehended and brought to justice in order to send a strong message to criminal elements in the society as well as other actors who seek to harm journalists as a means of silencing them that there will be no impunity for such acts.