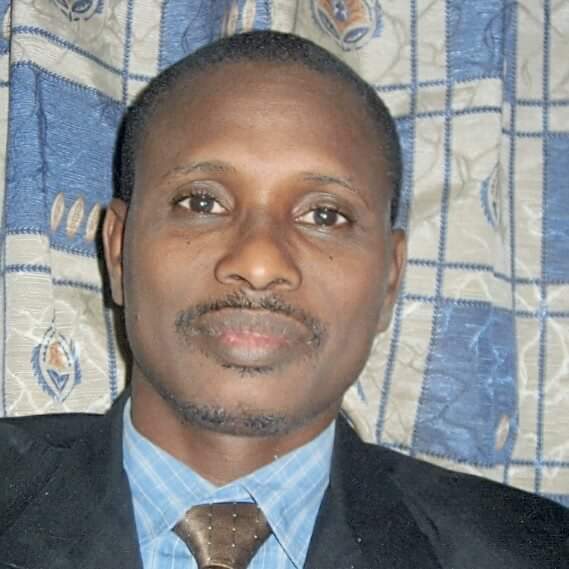 This statement was originally published on www.mediarightsagenda.org on August 14, 2019.

The organization called on the Federal Government to compensate Mr. Halilu, a journalist and former Political Editor of the privately-owned Daily Trust newspaper, for the brazen violation of his rights.

MRA noted that the journalist was arrested in the early hours of Monday, August 5, 2019 at about 2.30am by operatives of the Department of State Security (DSS), who raided his home in Kaduna and held him in custody at the DSS office in Kaduna almost continuously for over one week, except for a brief period when he was reported to have been briefly released on August 6.

It contended that the actions of intelligence agency amounted to a breach of the Constitution and Nigeria’s obligations under international human rights Law.

In a statement in Lagos, Mr. Edetaen Ojo, MRA’s Executive Director, said: “It is now over one week since Mr. Halilu was arrested and he continues to be held in unlawful and unconstitutional detention as no charges have been filed against him nor has he been arraigned before any court of law as required by Section 35(4) and (5) of the Constitution.  We strongly condemn such arrogant violation of the Constitution and careless disregard for the rights of a citizen.”

He said MRA learnt that after his arrest and while in custody, Mr. Halilu was asked to write a statement on his connection with Omoyele Sowore’s political movement that called for nationwide protests from August 5, 2019 under the hashtag “#RevolutionNow”, which he did, making it clear to the DSS that he had no link with either Sowore himself or with his political movement.

According to Mr. Ojo, Mr. Halilu’s “offence”, for which he is now being punished by an agency that has constituted itself into a complainant, prosecutor, judge and jury, appears to have been sharing a social media post from Sowore’s political movement on his Facebook page in which he essentially criticized the government’s performance.

He said: “the right to freedom of expression is a protected human right both under our Constitution and under international human rights law, and the right includes the freedom to impart information and ideas of all kinds through any media of one’s choice.  It has not been shown that Mr. Halilu has done anything to warrant any restriction on his exercise of this right or that merits punishment. If there is any allegation or suspicion that he has, the proper thing for a government that appreciates the concept of the rule of law to do is to charge him before a court of law.”

Mr. Ojo argued that the DSS had clearly been unable to charge Mr. Halilu before any court because it has no evidence linking him with the commission of any offence prescribed by Law but has chosen to punish him for criticizing the performance of the government, an act that cannot amount to a crime.

Urging the Federal Government to prevail on the DSS to release Mr. Halilu from unlawful custody, he said: “We call on the Government and its security agencies to follow the path of constitutionality. Those who derive their authority from the Constitution and exercise their powers under it have a profound duty to strictly and scrupulously comply with its provisions, otherwise they may unwittingly destroy the basis of their authority and powers when ordinary citizens become motivated to follow their example and similarly cast aside the Constitution.”