This statement was originally published on mfwa.org on January 17, 2017.

Seven journalists who had gone to The Gambia to cover the upcoming inauguration of President-elect Adama Barrow, were on January 16, 2017 prevented from entering the country.

The MFWA’s sources say upon arriving at the Banjul International Airport, security officers briefly detained the journalists at the airport and later deported them to neighbouring Senegal.

According to the sources, four of the journalists were from the regional bureau of CCTV in Kenya, one photojournalist from AFP and two journalists on assignment for  Swedish Blankspot.

The expulsion of the seven journalists brings to nine the number of foreign journalists deported from the country. On December 12, 2016, two journalists with Al Jazeera were prevented from covering post-election activities in The Gambia and were detained overnight and subsequently deported to Senegal.

The MFWA condemns the detention and subsequent deportation of the journalists. The current developments in The Gambia require a vibrant media to keep the citizens and the international community informed. The nation is facing a political crisis following President Yahya Jammeh’s refusal to accept the December 1, 2016 elections result after losing to Adama Barrow. In a bid to prevent the media from covering post-election activities and the impending inauguration of President-elect Barrow, the outgoing regime has resorted to a severe crackdown on the media, civil society activists and citizens in which there have been arrests, detentions and shutdown of radio stations in the country. The MFWA urges the Gambian government led by out-going President Yahya Jammeh to respect freedom of expression and press freedom and allow both the local and international media to do their work without any interference. 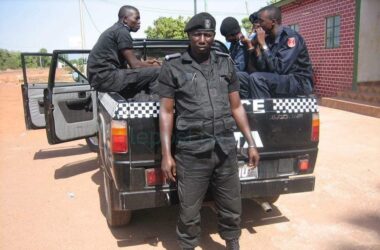