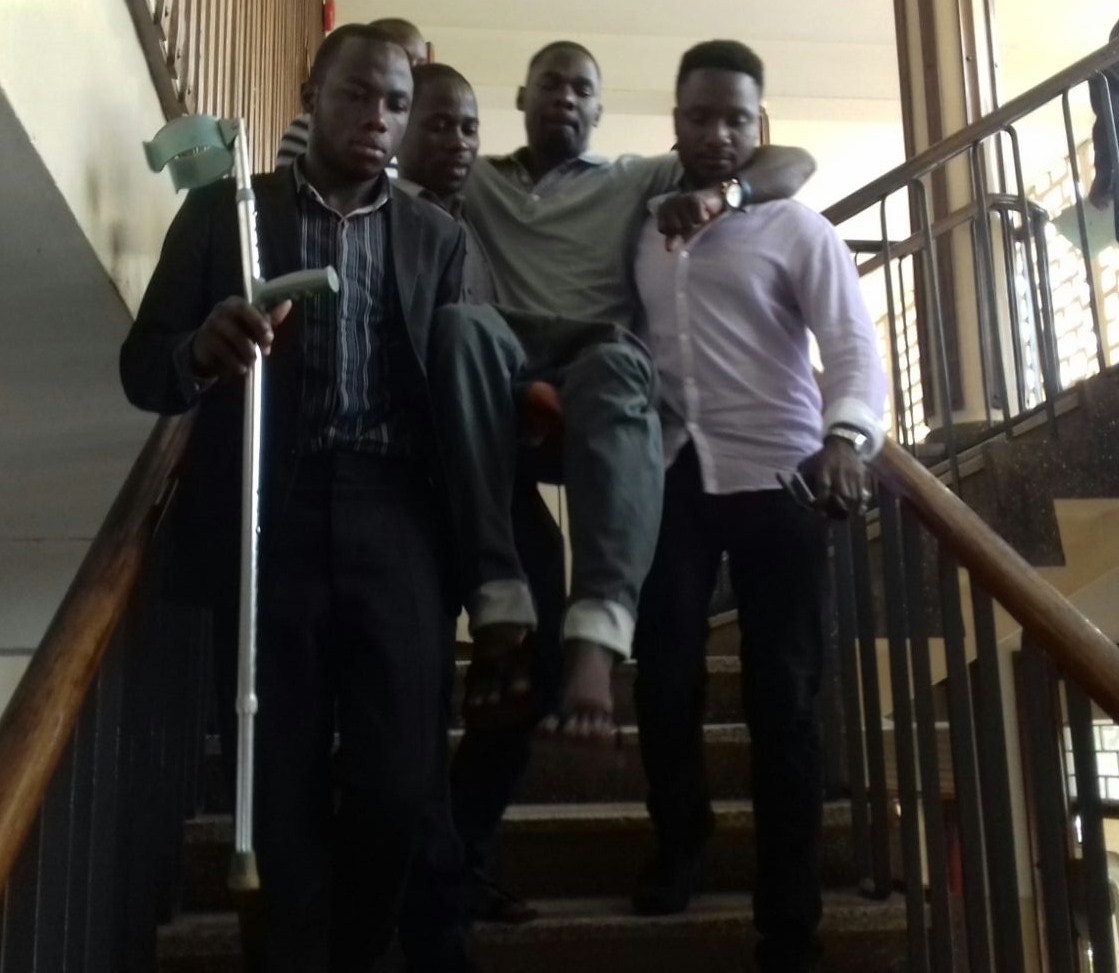 This Alert was originally published by HRNJ-Uganda on January 14, 2016.

A police officer –Detective Assistant Superintendent of police Angenyo Moureen, who investigated an assault and malicious damage to property case of a Wavah Broadcasting Services (WBS) Television journalist, Andrew Lwanga has on January 14, 2016, testified against the former Division Police Commander of Old Kampala Police Station Joram Mwesigye who is accused of assaulting the journalist.

However Lwanga’s damaged camera was not produced in court and the police could not trace its whereabouts. Angenyo had told court that during her investigations, she recovered a camera with the writings “WBS” and exhibited it together with Ssetimba’s torn trousers and the sketch plan. However, when prosecution led by Patricia Chingtho asked for the camera to be produced in court for identification by the witness, it was not available, forcing court to adjourn the hearing for nearly an hour, but by the time it resumed, the camera had not been brought to court. The prosecutor continued examining the witness much as no report was given about the missing camera (exhibit).

Angenyo told the Buganda Road Chief Magistrates Court presided over by a Principal Grade One Magistrate, Eremye James, that on January 12, 2015, she received instructions from her boss, who she did not name, to register a case of assault and malicious damage to property and further “arrest the suspect and find out what had exactly happened.” She said that she recorded both Lwanga and Joseph Ssettimba’s statements and later proceeded to the scene of crime at Bakuli-Old Kampala, from there she proceeded to arrest Joram Mwesigye and took him to the Central Police station, Kampala.

Since Lwanga’ brutal assault last year, he has endured severe pain and deformities. He was re-admitted at Norvik Hospital in Kampala earlier this year with severe back pain due to injuries sustained from the alleged assault. He walks on crutches; he was supported to get to court by two people. He needs 5,000 US Dollars to undergo a backbone surgery, which the family cannot afford. A fundraising campaign has been launched to expedite his treatment abroad.

Hearing of the case was adjourned to February 4, 2016.

Prosecution alleges that on January 12, 2015, while covering a demonstration by a group of unemployed youths, who were heading to the Police Headquarters in Naguru –a kampala suburb to deliver a letter to the Inspector General of Police (IGP) General Kale Kayihura to allow them hold rallies in the different parts of the City, Andrew Lwanga and Joseph Ssetimba were assaulted by Joram Mwesigye, thereby sustaining body injuries and damaging Lwanga’ camera.

It is sad that the camera was not produced to support the case. The prosecution should bring to court this exhibit at the next hearing. We appeal to all media practitioners and well-wishers to contribute to Lwanga’s healthy fund to save his life.” Appeals the HRNJ-Uganda National Coordinator, Robert Ssempala.