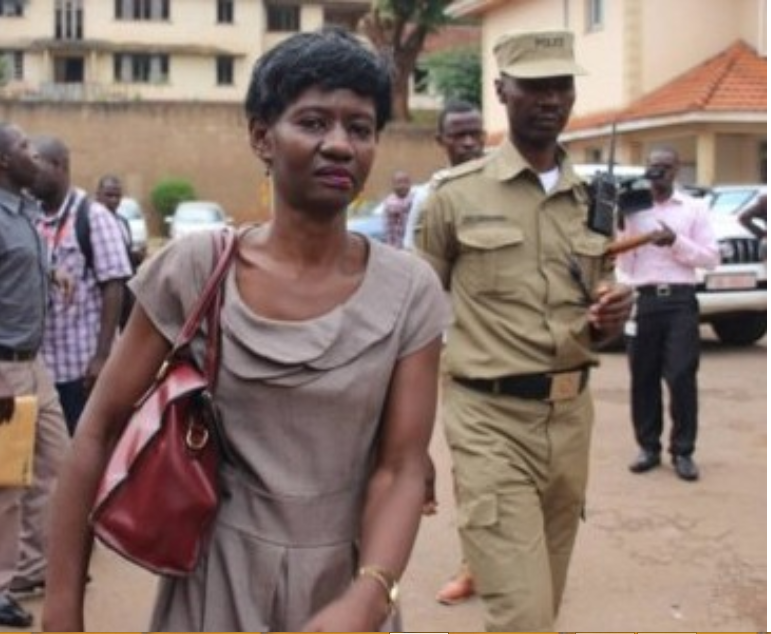 Originally issued by the hrnj-uganda on March 24, 2016

Member of Parliament for Katikamu North Constituency and currently a Minister without Portfolio  in the Ugandan government, Eng. Abraham Byandala, is under fire for assaulting a government-owned Bukedde Television journalist, Judith Naluggwa. He punched her in the stomach as she covered a corruption related story at the Anti-Corruption Court in Kampala.

Byandala, is accused of misusing public funds amounting to 24 billion Uganda Shillings  (about 7 million US dollars) allocated for the construction of the Mukono-Kyetume-Katosi road when he was the Works and Transport Minister. He was appearing at the Anti-Corruption court in Kampala for the hearing of the case.

“He confronted me as he left court. He asked why I was filming him. He punched me on the stomach and scratched my left hand before he walked away. All this happened in full view of journalists and the people at the Court.” Judith told HRNJ-Uganda.

Before this incident, Byandala is reported to have had a bitter exchange of words with an NTV journalist inside court for filming him. The minister reportedly tried to dodge being filmed by hiding his face in court.

Judith has since opened up a case of assault at Jinja Road Police station.

“HRNJ-Uganda has noted with deep concern politicians who use their political muscles to attack journalists. It is so disheartening for a government minister to assault a journalist at the court premises while she was performing her duties. We call upon the Uganda Police Force to thoroughly and expeditiously investigate this matter to ensure that Byandala faces the law.” said HRNJ-Uganda Legal officer, Diana Nandudu.

“Cases of politicians targeting journalists have skyrocketed. This cannot be allowed to go on. Eng. Byandala should resign as investigations take shape and President Yoweri Museveni should condemn the minister’s Actions. The police should thoroughly investigate this matter for Byandala to face the law. All members of the media, human rights organizations and other key players demand for justice to prevail in a bid to protect journalists and freedom of the media.” Said the HRNJ-Uganda National Coordinator, Robert Ssempala.