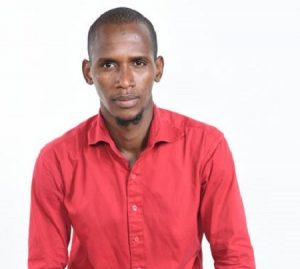 This statement was originally published by mfwa.org on June 29, 2016.

Abdoul Malick Diallo, a reporter with the private weekly Le Populaire in Guinea was pounced on and assaulted on June 25, 2016 by a group of presidential guards.

The incident occurred when the journalist took a photo of President Alpha Condé of Guinea who was then leaving the headquarters of the ruling RPG Arc-en-Ciel party in Conakry. The presidential guards immediately pounced on  Diallo and beat him up with their fists and rifle butts. The guards destroyed his camera and recorder in the process.

The heavily armed men then forced the journalist into their van and drove him off to their base where they subjected him to further brutalities before releasing him some hours later.

“They thrashed me with their rifle butts, assailed me with insults and called me all manner of names,” narrated the journalist, who is reported to be in stable condition for the moment.

On June 29, 2016, press unions in Guinea issued a statement condemning all forms of violence against journalists. The statement signed by Moussa Condé, president of the Guinea private press editors’ association, said the group was considering suing for “destruction of equipment and assault and battery against a journalist in the line of duty.”

The MFWA equally condemns the assault on  Diallo and calls on the RPG- Arc en Ciel Party leaders, as well as the presidency, to investigate the matter and ensure that the journalist gets due remedy for the violation of his rights and destruction of his equipment.

This is the second time in four months that a journalist has been attacked at a political party headquarters in Guinea. On February 5, 2016, El Hadj Mohamed Diallo, reporter for the news website Guinée7 was shot dead while covering a stand-off between two factions of the opposition Union des forces démocratiques de Guinée (UFDG) party in Conakry.

We therefore, call on political parties to take appropriate measures to protect journalists covering their events.