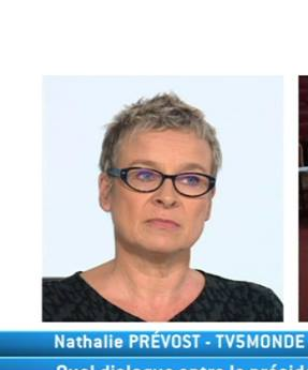 In a letter dated June 21, 2016, the Nigerien Minister of Communication, Amina Moumouni, accused Nathalie of “failure to respect the letter and spirit of Law 2010-035 of June 4, 2010, which regulates media practice in Niger.”

Her accreditation has consequently been withdrawn with immediate effect.

No formal announcement has been made to provide details about events that might have led to the ban. However, it is widely believed that the decision is related to an article by the journalist on a June 4 2016 attack by Boko Haram on the city of Bosso, some 1000 km from the capital. The journalist had raised questions about the technical and material capacity of the Niger army to defeat the Boko Haram rebels.

In an article published on the website of the French daily Le Monde, she said the Bosso attack had exposed “the weakness of the army.” She continued that “the soldiers, mostly very young and fresh from school, fled the battle field, leaving behind a town exposed to plunder and abandoning a large stock of weapons of war.”

In the same article, Nathalie reported the arrival of Chadian troops to support Niger’s war effort as well as the presence of the black flags of Boko Haram in Bosso, reports that the government vehemently denied.

The MFWA correspondent in Niger said the authorities have been rattled by Nathalie’s reports which suggest that the army’s campaign against the terror group is floundering.

Nathalie, a French national, has been living in Niger for about fifteen years where she has been very active as a media professional and social worker. She is a voluntary instructor at the Institut de Formation aux Techniques de l’Information et de la Communication (IFTIC), an information and communication training institution where she has helped train many Nigerien journalists.

The MFWA believes this matter falls within the purview of the national media regulatory body which is mandated to deal with breaches of the professional code. We therefore call on the government of Niger to desist from such actions that have the potential to intimidate the media. We also advise the media in Niger to continue to exhibit professionalism at all times.

Find a copy of the letter addressed to the journalist here.