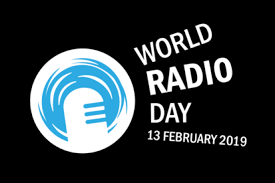 MISA Zimbabwe joins the world in commemorating World Radio Day. This day is celebrated annually on the 13th of February and this year’s commemorations are being held under the theme: Dialogue, Tolerance and Peace.

This year’s theme acknowledges the role played by radio in facilitating dialogue and building tolerance through respectful sharing of divergent views, thus fostering peace within communities and nations.

The theme is indeed timeous for Zimbabwe as it coincides with the repeated calls for meaningful national dialogue to address the country’s deteriorating socio-economic and political environment in the wake of the disputed outcome of the 2018 presidential elections.

It is in that regard that radio can play a fundamental role in facilitating national dialogue in Zimbabwe. Radio serves as a convenient information-sharing platform that is more popular and easily accessible than television because of its wide reach.

Ideally, Zimbabweans can, for example, follow and share ideas as well as participate in radio programmes focusing on the envisaged national dialogue through the country’s various national radio stations.

However, in Zimbabwe, the reality on the ground is far from the ideal. Access to radio is mainly still concentrated in mostly urban and peri-urban communities. This means that communities in outlying, rural areas, especially those along Zimbabwe’s national borders, have to rely on radio broadcasts from Zimbabwe’s neighbouring countries.

This makes a strong case for the licensing of community radio stations as provided for in terms of the Broadcasting Services Act. The Act provides for the three-tier broadcasting system comprising, public, commercial, and community broadcasting in Zimbabwe.

Currently, the Broadcasting Authority of Zimbabwe has only licensed national and commercial radio stations. Community radio stations are still to be licensed and legally recognised in Zimbabwe, 18 years after enactment of the BSA in 2001.

By their nature, commercial and national radio stations usually offer generic one-size fits all content broadcast in Zimbabwe’s major languages. Such programming is at times not relevant to specific community needs and issues. This gap can easily be filled by community radio stations.

Other countries with robust community radio initiatives, define communities to include members that live together within a specific geographical area, as well as groups of people who share a common set of beliefs or interests even though residing in different geographical areas.

As Zimbabwe commemorates this day, MISA Zimbabwe reiterates its calls for the speedy licensing of local community radio stations. This will go a long way in giving marginalised communities their voice in national affairs that seek to promote dialogue and tolerance in Zimbabwe.